Smartphones are about to get bending 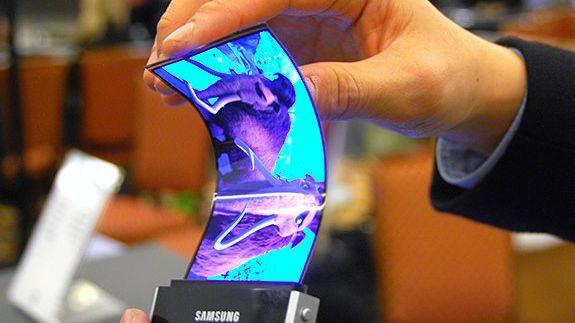 There are reports that smartphones that bend may hit the shelves early next year. Smartphone maker Samsung is preparing to release two such devices next year, hoping to be the front runner of an emerging trend in smartphone technology.

One of Samsung’s bendy phones would fold in half, like we have seen before in foldable phones, only this time the aim is to increase the screen size to that of a tablet. The other would have a 5-inch screen that could roll out into an 8-inch display. Both devices would use organic light-emitting diodes to create a thin, plastic screen that can bend without breaking.

The bendable smartphone based on graphene technology.
Source: Moxi Group

Moxi Group, a China-based tech startup company, has plans to put a bendable phone on sale this year, in an effort to beat Samsung to the bendable phone, according to Bloomberg.

Moxi’s devices may be less sophisticated than the big Tech Samsung’s devices  (they’ll have a black-and-white display), they do have an ability to roll up into a bracelet that’s worn on the wrist, neat indeed.

With the growing popularity of wearable devices, a phone that rolls up into a digital bracelet seems like a logical next step.

In May this year, Samsung showcased a prototype of a smartphone that bend to show off at a tech conference in San Francisco:

To stay up to date with the latest articles connect with us directly on LinkedIn and Google+.