Cambridge analytica: What you should know and how to protect yourself

Cambridge analytica: What you should know and how to protect yourself

Social Media giant Facebook is trying to regain trust from it's users, after electoral consultancy and data analytics firm Cambridge Analytica were involved in a scandal over allegedly harvesting data supplied to it via the social media website. Cambridge Analytica has since been under more intense scrutiny, after high ranking executives reported to undercover reporters for Britain's Channel 4 News that they could use such methods as psychological manipulation, entrapment techniques and fake news campaigns to influence the outcomes of elections. This is worrying considering they were involved with the Trump online campaign.

However, where Facebook comes in is with their use of psychometric testing, specifically, what is called "the big five personality test". The big five personality test is a personality test employed by psychologists, which measures five characteristics of your personality on a five point scale. The traits are openness, conscientiousness, extroversion, agreeableness, and neurotic-ism. To put harvesting of this data into this perspective, a psychological study found that people trained in these tests could determine with reasonable accuracy, these characteristics, with the exception of neurotic-ism, by observing a persons vacant room. For instance, people were more likely to have more decorations if they were extroverted, and people who knew the test could guess this by seeing a persons room. To read this article Click Here. So when asking whether you should be comfortable sharing the results of such a test, ask if you'd let who you're sharing it with see the inside of your room. More worrying than this however, people who agreed to share this test information, also shared some of their friend's information.

Based on this initial test, other peoples pages could be analysed based on the test takers behaviour, for instance, Lady Gaga followers were likely to be extroverts, whilst "likers" of philosophy were more likely to be introverts. Beyond this, sexual orientation could be gleaned from a person's Facebook likes with reasonable accuracy. This model was later used by Cambridge Analytica to support Leave.EU in their Brexit Campaign, and is believed to have had a role in Donald Trump's online portion of his election campaign.Some have even speculated this as a reason for his use of sometimes contradictory statements to voters, different messages for different voters. There are even reports of targeted Facebook posts which targeted users with specific profiles.

Most importantly, to check if your data has been shared with Cambridge Analytica, click here.

For a detailed timeline of the scandal, see the tabs below. 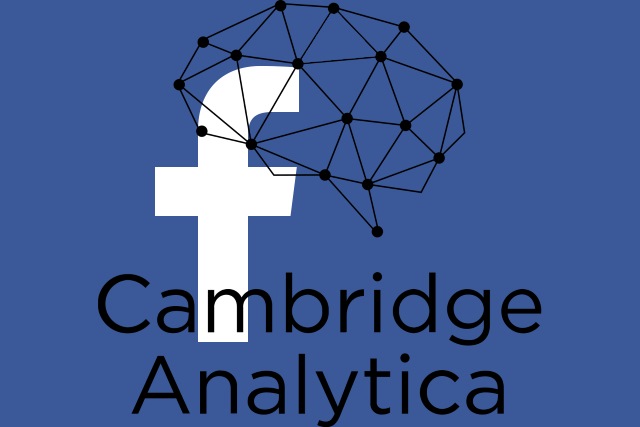 Timeline: What Happened and When?

2010: Facebook Open Graph
Open-Graph was an update allowing external developers to request permission for a large chunk of personal data, as well as the personal data of these people's friends. Such information included a user's name, gender, location,birthday, education, political preferences, relationship status, religious views, online chat status. In fact, with additional permissions, external sites could even gain access to a user's private messages.
2013: Thisisyourdigitallife
Aleksandr Kogan, Psychologist and Data Scientist, created an app (using the Open Graph function) to harvest user data by allowing users to take a test, similar to that which was described above. Almost 300,000 users paid to take this test, data was gathered also from all these users friends too.
2014: Facebook changes rules
Facebook adapted its parameters to limit the access it gave to developers. The change was meant to ensure that a third-party was not able to access a user's friend's data without gaining permission first.
These parameters however, did not delete, nor remove privileges to the data that Kogan already has.
2014: Ted Cruz
The Guardian reports that Ted Cruz is being aided in his campaign by a company which had been associated with Kogan 'Strategic Communication Laboratories'. Specifically, a branch of this company called 'Cambridge analytica', in order to gain a competitive advantage.
Facebook responds by reporting they sought to ban the app, and legally pressured Cambridge Analytica to remove the data they had acquired improperly. According to Facebook, they claimed they had deleted this information.
2016: Trump
Leading up to the U.S. presidential election, the campaign team for Trump began investing in Facebook adds... heavily. This came as they employed the help of Cambridge Analytica. Around this time, CA were caught on camera soliciting 'campaign management' services such as spies, sex workers, and online misinformation.
2017: Expose
According to The Guardian 50 million Facebook user profiles were harvested for Cambridge Analytica causing a major data-related scandal. The figure was later revised as 87 million. This is corroborated by a New Yorker Article
Christopher Wylie, reportedly a co-founder of the company, revealed a purpose of it. He claims that the data, sold to CA, was used to develop 'psychographic' profiles of users, in order to create pro-Trump material for them.
March 20, 2018: Federal Enquiry
The Federal Trade Commission (FTC) launched an investigation into Facebook's conduct cisa vie a settlement reached with the FTC in 2011 over privacy protections.
U.S. lawmakers at this time urge Zuckerberg to testify before Congress.
March 21, 2018: Zuckerberg responds
Zuckerberg responds to the fallout of the scandal in a Facebook post. He acknowledges a responsibility to protect user's data, and a level of failure in that regard. He ends the post with "I promise you we'll work through this and build a better service over the long term."
March 25 2018: Apology
Zuckerberg takes out full page adds in British and American newspapers to apologise for 'a breach of trust'.
April 10, 2018: Zuckerberg Testifies
Zuckerberg Testified in front of Congress on Tuesday, to see some highlights: Click Here. 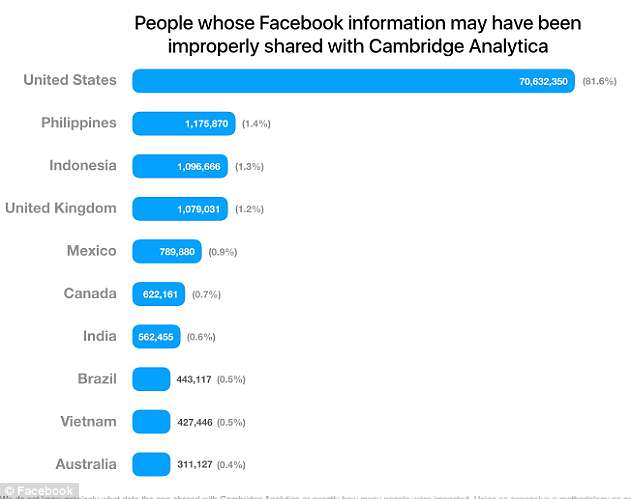 The amount of people affected in different places. 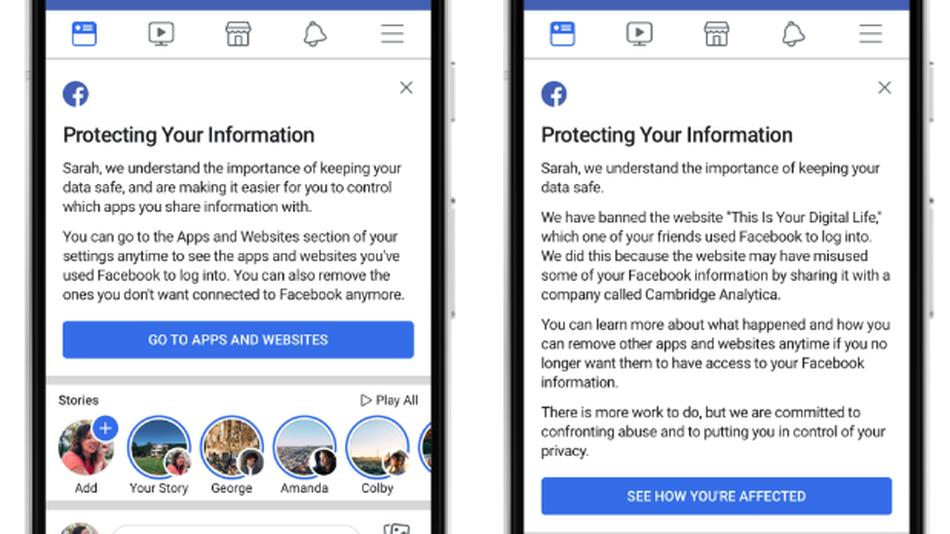